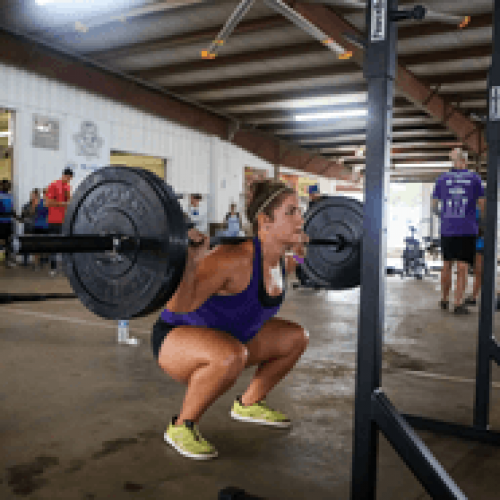 Courtney was involved with dance throughout college. After graduation, she received certifications to teach dance, PE, science, and math. She worked as a fitness trainer at a corporate wellness center before becoming a science teacher. During that time, she started training for and running marathons. Courtney started CrossFit in February of 2011 after a friend told her to check out CrossFit Katy. At first, she thought it was just like attending a group exercise class (show up, work out, and leave), but the CrossFit Katy community slowly became a big part of her life. She started helping with the Kids Camp in the summer of 2012 and eventually started coaching the endurance workouts. She continues to do races and has done half marathons all over the country.