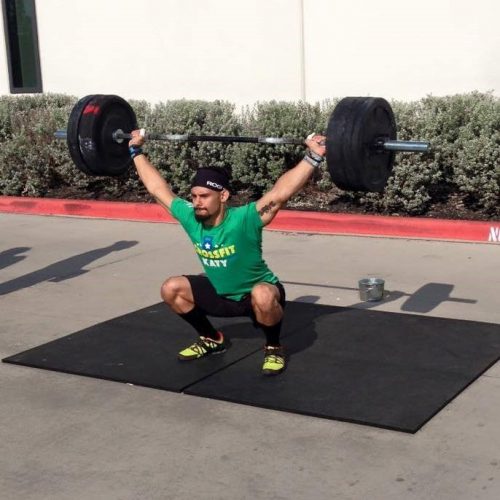 Adriel Ramirez grew up on the beach in Kill Devil Hills, NC, and later moved to The Woodlands, TX where he would finish high school and meet his wife Nicki Ramirez. He grew up competing in wresting and later training in mixed martial arts until he joined the U.S. Marine Corps in September of 2010. It was in the Corps he would discover his passion for CrossFit and be immediately hooked on the high-intensity aspect of the sport. After returning home from the military in 2015, with Nicki and their soon to born daughter Kaia, Adriel wasn’t just looking for a box, he was looking for a community and quickly felt right at home at CrossFit Katy. He started seeing results that were encouraged by his fellow athletes and would soon find a passion for helping others do the same, including his wife. Within six months of joining Adriel became a coach and shortly thereafter would fulfill a lifelong dream of becoming an owner of a gym in October of 2017. Adriel and Nicki are proud to be members of such a special community and are even more excited to share and help others reach their health and fitness goals.