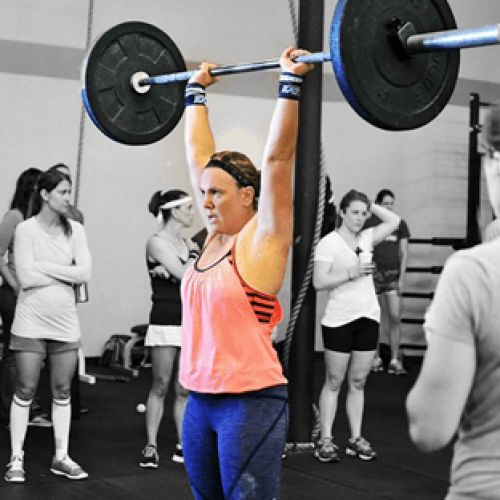 Kerrie has always had a love for sports, playing anything that was in season including softball, gymnastics, basketball, and volleyball. She continued playing club volleyball through college and after graduating, played in a competitive sand league. She began her coaching career in 1999 coaching high school golf and began coaching high school volleyball in 2002. After the birth of her children in 2004 and 2005, she retired from coaching to spend more time with her family. She was introduced to CrossFit in 2010 by her husband who joined CrossFit Katy a year prior, and she was instantly addicted. The competitiveness of CrossFit, plus the amazing community at CrossFit Katy was what she had been looking for. Kerrie completed her Level 1 Certification in August 2014.