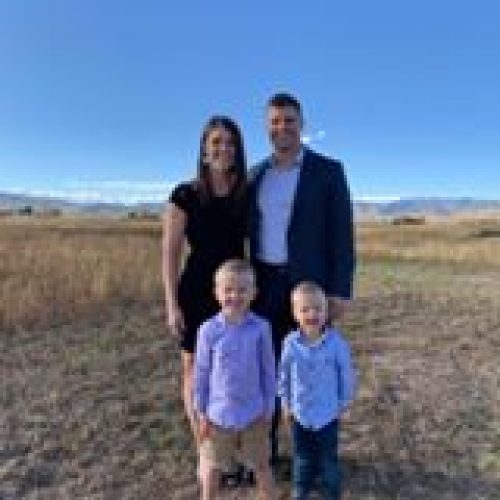 Mallory Kucko was born in California and moved to Alaska at an early age where she spent the remainder of her childhood. She grew up playing competitive soccer, enjoying the Alaskan outdoors, and spending quality time with family and friends. While in high school, she met her then-to-be husband, Keegan. Mallory graduated from New Mexico State University where she received a duel-degree in Special and Elementary Education. Post-soccer, Mallory forced herself to stay in shape by working out at traditional gyms. It wasn’t until 2013 when she found CrossFit in Oklahoma and was hooked after the first class; working out was something she finally looked forward to. After a year of “gently nudging” her husband to join, he obliged and they’ve enjoyed being a part of the community since. After moving to Houston, Mallory, Keegan, and their two boys became members of CrossFit Katy in 2017. Mallory received her CrossFit Level 1 certification in 2019 and is excited for the opportunity to be a coach at CrossFit Katy. “It has been a blessing for our family to be a part of such an amazing community.”