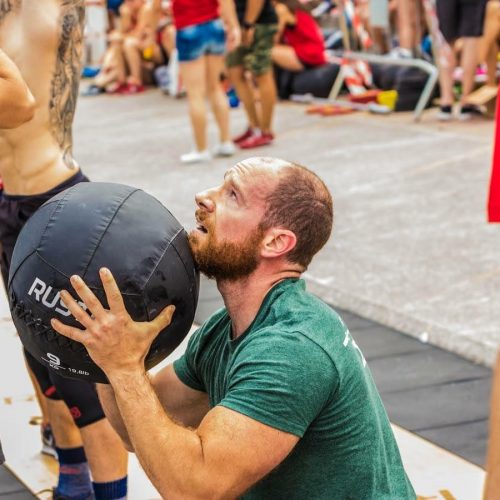 Manny Lopez was born in Spain and has lived all over the world. He was a swimmer and soccer (Futbol) player in high school. When he landed in Cookeville, Tennessee in August 2001 he started his Electrical Engineering studies that lead him to obtain a Bachelors and a Masters degree at Tennessee Tech University. After discovering that in the USA you get free refills and buffet-style food at the university cafeteria, Manny went from 155 pounds to 225 pounds within his first 3 years at college. He began to lift weights and run/swim again to get his health back in order but got bored with the gym rat routines. Manny discovered CrossFit in 2011 and found his new addiction. He received his CrossFit Level 1 Certification in December of 2014. He previously coached at Memorial CrossFit for four years prior to moving to Katy, TX. He is currently employed full time with ABB Inc. as a strategic account manager for Oil, Gas, and Chemicals in Houston, Texas. He is happily married to Emmie and has two sons named Sebastian and Iker.